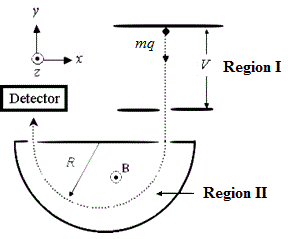 Once the sample reaches Region I, the molecules have been atomized and dried and are passing through a vacuum to avoid interactions with their surroundings. The equation for the radius of the particle’s flight is indicated below: