Social capital refers to the networks of relationships that exist among individuals in a society as well as the relationships that generate long-term individual and collective benefits. Social capital enables the sharing of information and social norms and generates confidence that others will conform to these norms. It has therefore been seen as a solution to collective action problems, which exist when the benefits of cooperating exceed the costs of cooperating, but a lack of trust and individual incentives inhibits the cooperation. Although there is some disagreement among researchers about causes and consequences of social capital, measures of social capital are positively correlated with a variety of positive social outcomes. 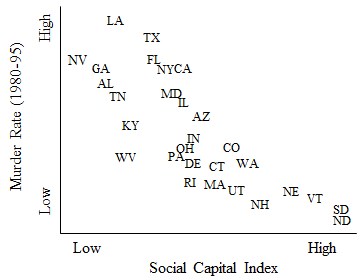