A wide variety of results were found from these studies. Some of these include how perinatal conditions, including infant mortality and other conditions related to maternal health, negatively impact expectancy disparities. Additionally, it was found that during childhood, blacks are 30% more likely to attempt suicide and 73% more likely to be obese compared to whites. Lastly, one large finding was that in adulthood, blacks, compared to whites, are 30% less likely to seek treatment for depression, at least twice as likely to have a limb amputated due to diabetes, and at greatly increased risk for breast, cervical, and prostate cancer. 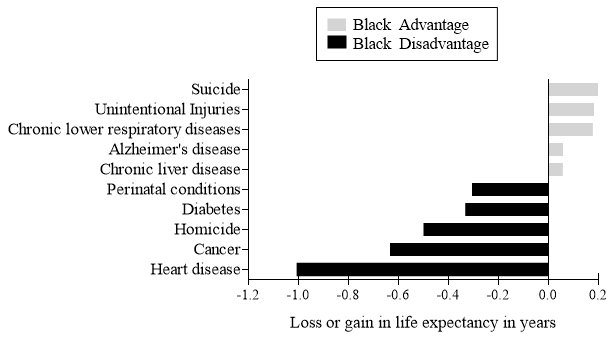 Figure 1. Contribution of the leading causes of death to the difference in life expectancy between black and white persons: United States, 2010.
.