Polymerase chain reaction (PCR) is used to replicate a gene segment located between two primers. Reverse-transcriptase PCR (RT-PCR) allows scientist to assess exactly which genes are being expressed in a species. In RT-PCR, the transcribed mRNA, along with primers and the reverse transcriptase enzyme, is used in PCR to develop a cDNA library. The benefit of this information compared to traditional PCR is that scientists can specifically examine only the genes that are being actively translated from DNA to RNA.

A researcher investigated the effect of ultraviolet light on the expression of melanin in skin, specifically the pro-opiomelanocortin (POMC) gene. After POMC is expressed, a post-translational modification will cleave POMC into two active peptide subunits, one of which is a melanocyte-stimulating hormone.

In the first experiment, the researcher exposed skin cells cultured in vitro to UV light for various lengths of time. After exposure, the cells were harvested and RT-PCR was performed using primers specific for the POMC gene. After completion of the PCR process, the DNA was loaded into an agarose gel and used in gel electrophoresis. 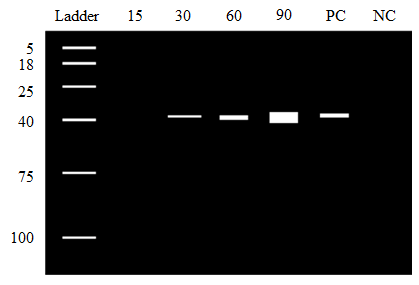 Figure 1. Gel electrophoresis of DNA obtained after RT-PCR of extracted RNA. Numbered lanes indicate the number of minutes of UV exposure received in each treatment of the skin cells. PC = positive control, NC = negative control. Ladder is in units of kb.

In the second experiment, the cultured skin cells were exposed to UV light and after a period of 48 hours, melanin was extracted from the cells. 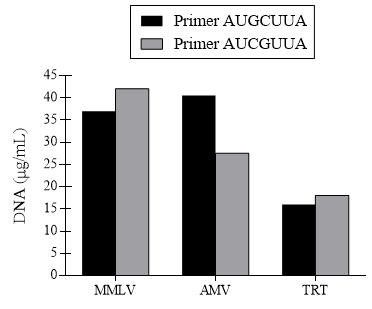