T cells are important lymphocytes in adaptive immunity. In vivo, T cells activate and proliferate in response to antigens found on invading pathogens or cancerous cells. Antigens are recognized by the T cell receptor (TCR), which is found on the surface of T cells. Each T cell expresses a different TCR; thus, the human body can recognize and respond to millions of different antigens.

Following activation of the T cells and their incubation with CFSE, flow cytometry was used to analyze the T cell population. 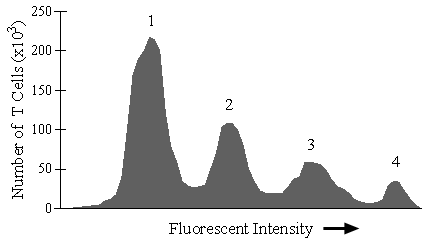 Supernatants from a T cell activation assay in the presence and absence of compound A were then assessed for cytokine production by ELISA. Sham was used as the control sample of cells without the addition of antibodies or compound A. 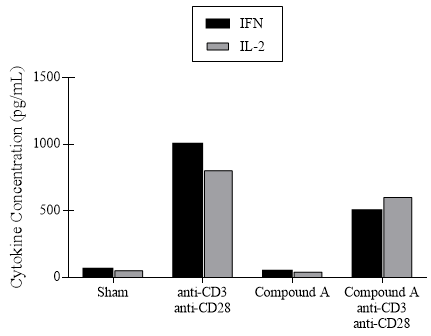