Hepatitis C is a viral disease spread through blood-to-blood contact that can result in a chronic infection leading to cirrhosis and liver cancer. One poorly-understood characteristic of the virus is the density at which it occurs in a patient’s bloodstream. Past studies have found that the density is very heterogeneous, with the possibility of a range of low, intermediate, and very low density lipoproteins that associate with the virus to form lipo-viro particles. In addition to the standard lipoprotein associations, some patients also exhibit virus strains that are associated with apolipoprotein B (apoB) lipoproteins.

The type of lipoprotein associated with the viral envelope appears to affect the degree to which the virus infects its host. When the ratio of lipid to proteins attached to the envelope is high, the infectivity is also high. However, the mechanism by which these proteins attach to the Hepatitis C virus remains unknown. What is known is that the microsomal triglyceride transfer protein (MTP) is a key protein in the formation of these lipoproteins. Researchers examined the function of MTP in human cells. A human cell line (Caco-2) was infected with a viral vector (VA1) and the activity of MTP was measured in the presence of an inhibitor (Ca 904), seen below. 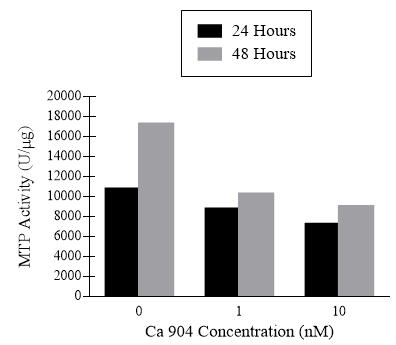 Figure 2. Effect of Ca 904 on apolipoprotein B in blood serum at 24 and 48 hours after dosage and infection.