Lentiviruses are a class of positive-sense, single-stranded RNA viruses. Their genomes encode reverse transcriptase and integrase enzymes that facilitate the transfer of viral genetic information into the host chromosomes. A classic example of this genus is the human immunodeficiency virus (HIV). To study the biology of HIV, a set of experiments was conducted.

A researcher thinks she has identified a gene that encodes a cell surface receptor, Viral Entry Receptor 3 (VEP3) that is necessary for the virus to enter the cell. She prepared several dishes of cell line C8166-R5 that is known to express this receptor. She also prepared several dishes of C8166-R5 that have a nonfunctional version of the VEP3-encoding gene. To one set of cultures, she added a compound that competitively inhibits the association of the virus with VEP3. After establishing appropriate controls, she inoculated each experimental culture with HIV. 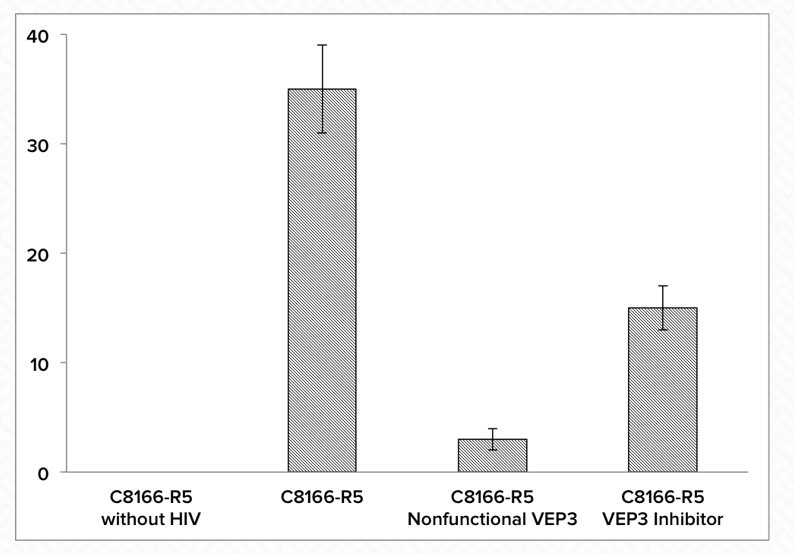