In 1965, an American sociologist group asked 180 individuals to “list those things or types of persons whom you regard as deviant.” Fourteen responses were given by at least 10% of respondents. The frequencies of these responses are provided in the figure below. In addition to the top fourteen responses, ‘career women’, ‘junior executives’, ‘know-it-all professors’, and ‘girls who wear make-up’ were also mentioned. The researchers also found that men and women perceived certain deviant behaviors differently. For instance, the researchers found women to be more intolerant of sexual deviance than men at that particular time point. Behaviors perceived as deviant have been historically controlled in society through institutional means, e.g., making such behaviors criminal or functionally prohibitive. This codification of deviant attributes is a fluid and constantly changing process. 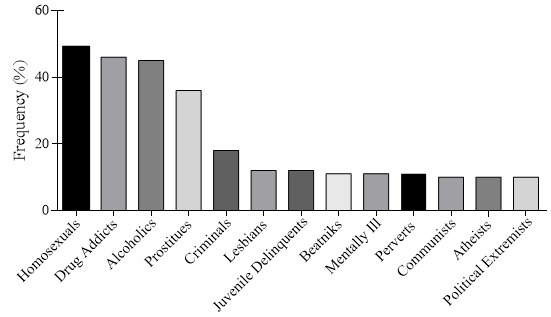 Figure 1. Public stereotypes of deviance in 1965. Frequency depicts percentage of respondents who listed the group as deviant.
.