Twin and adoption studies have provided extensive evidence for the role of genetics in addiction. Collectively, these studies have indicated that genetics play an important, though not exclusive, role in substance abuse, as drug and alcohol use in adopted children is largely related to that of their biological (not adoptive) parents. Studies examining monozygotic and dizygotic twins allow researchers to compare genetic and environmental influences directly by studying the concordance rates of given traits or disorders. 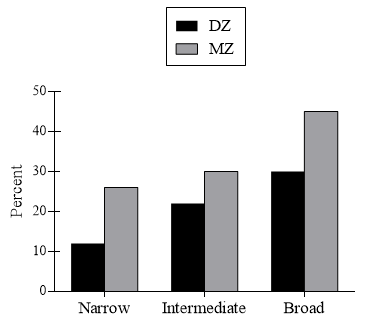