Alternating electric current (AC) is the common form in which electricity is delivered to homes. It is a current in which the flow of charge reverses direction in a periodic fashion (much like a sine wave). In a given conductor through which AC flows, it is found that the majority of the current flows near the surface (or skin) of the conductor. This phenomenon is referred to as the skin effect and is due to opposing eddy currents resulting from the changing magnetic field due to the alternating current. The value δ is called the skin depth; this value refers to the depth at which the current density drops to 37% of its value at the surface. This implies that the current density decreases as the distance from the surface of the conductor increases, as seen in the following current density figure: 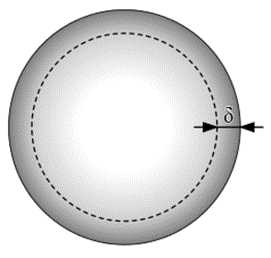 The AC current density of a conductor, J, can be calculated as 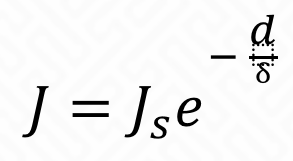 where JS is the surface current density and d is the distance from the surface. δ can be calculated as follows: 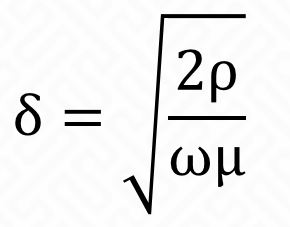 The skin effect results in a functional decrease in the effective cross-section of the conductor. One solution to this problem has been through the use of a litz wire, or a wire consisting of many thin, interwoven, insulated strands of wire. The individual wire strands have radius less than δ allowing for little loss in current density in the center of the wire. Additionally, the individual wires are woven in such a way that each wire spends some portion of the time in the outside of the cable and some time inside, allowing for overall increases in cable current density.